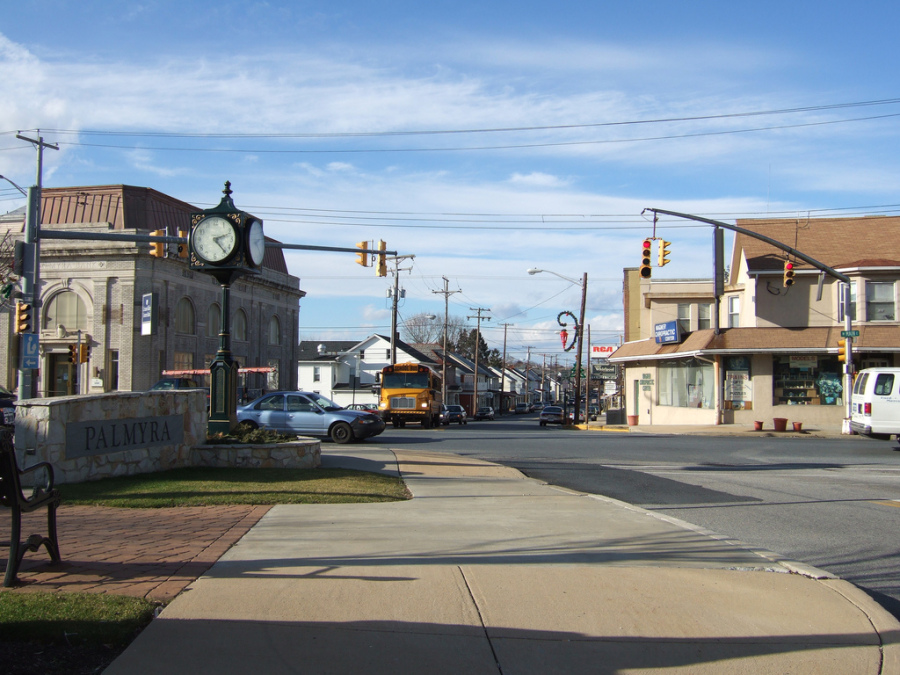 Located in Lebanon County, Palmyra is a borough situated between Annville and Hershey. In 2010, this quaint and inviting town celebrated its 250thyear anniversary.

Johannes Palm is considered to be the original founder of Palmyra. A doctor and soldier, he was born in Bavaria in 1713. In 1766 he secured a 100 acre tract of land that can be located today by using Railroad Street as the eastern border, Maple Street as the southern border, and the Dauphin County Line as the western border. His house would stand in the center of the 100 Block on W. Main Street.

Two hundred, thirty-four years later, John Travolta and Lisa Kudrow would cruise by that same area in a red convertible while filming the movie Lucky Numbers.Hollywood courted Palmyra, when a film crew descended on the small town in 2000 to shoot the comedy.

Due to its position between Harrisburg and Lebanon, and the popularity of neighboring Hershey, Palmyra is economically prosperous. The headquarters for several companies, it is home to ASK Foods, Inc., Dechert Dynamics Corp., Klick-Lewis, Inc., and the Palmyra Bologna Co., Inc., which produces Seltzer’s Lebanon Bologna.